type in your search and press enter

Ufff Italy is just another level. I just can’t even anymore. Before someone calls me for overreacting, let me start off with a simple example. I went to a standard restaurant and ordered beef tartare. Last time I had beef tartare, I was in Frankfurt, in a simple, yet great restaurant, and it was recommended by my German friends as a must-try. The tartare was in an open-faced sandwich bun, topped with chopped onions. Now – it was delicious as the meat tasted outstanding, but then I ordered something similar in Milan. The latter was served on a flatbread, topped with parmesan cheese, sweet and sour onion, dried cherry tomatoes, capers and on a side of honey mustard sauce.

Unfortunately, this review is a little biased, as Italian cuisine has been part of my life since I was a kid – so I warned you!

What we will handle today:

Milan is part of the posh financial industry area of Italy, where a lot of people go to work in Switzerland and return back to enjoy life. Other than that, you know that for Italians, food solves everything. Say that you have a morning meeting – no need for the office, let’s have it with a caffe e cornetto on the bar downstairs. Need to figure out the basis of the business deal? Sure, let’s grab lunch somewhere and talk about it. Do you have something to discuss, or there is a problem to solve? Yes – let’s discuss it over dinner! It is easier to express yourself over some great 4-course meal and wine.

See? What else you need to know about the vibe?

First of all, like in all Italy, the morning starts with the very normal caffe e cornetto. You can go to whatever cafe that is open and ask for caffe e cornetto and you will be fine.

Third, the day to day stuff:

Note: I really do not need to rant on the pizza and pasta, right?

It is hard in Italy to get bad food – one of the key reasons being that most of the key ingredients are local. Let me put it this way: I was flying from Frankfurt, and I had my connecting flight in Milan. As it was a Friday night, I grabbed a quick sandwich in Frankfurt and then once in Milan I would evaluate the situation. I landed in Milan, and as traveling makes me hungry, and my connection was in a couple of hours, I thought to grab another sandwich – and here we are talking about the small sandwich shops near the gates in an airport. The difference in taste was night and day!

Generally speaking, cannot complain. The waiters are nice – and it helps as I speak a bit of Italian. Cards are accepted almost everywhere (I am not sure about American express though as it is not as popular in Europe).

Waiting times – are usually depending on the case. It is recommended to reserve beforehand. Eating is a big part of the day to day activities – as such expect people to explore!

I have never tried food delivery in Italy, let alone Milan. Italian food it to be enjoyed fresh, with a glass of wine and with people around – not in a plastic container – do not do this to yourself!

It’s Italy, and we are talking about food! What is there to discuss?

Cacio e Pepe: Easiest, simplest yet most glorious pasta recipe in the world 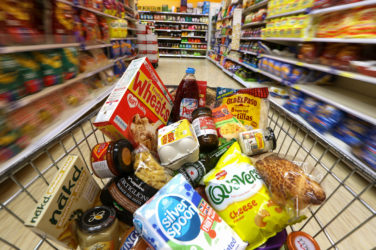 Handle the 14-day quarantine grocery list easily with this collection of awesome and healthy ...

Here is how to elevate boring boiled vegetables

Learn how to make boring vegetables delicious with just some easy tricks that you ...

The general restaurant vibe in Frankfurt

Recently I have moved in Frankfurt, for a new project and as a foodie ...

Frankfurt is NOT cheap in any way. It is considered to be one of ...

How to cook dinner in an Airbnb

Easy chicken gyros to die for

Chicken gyros for me bring in mind a greek island, a whole day at ...